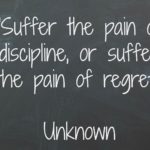 Today Mrs. Fat Man and I spent our day at the flea market.  We noticed a cute little kid who was about three years old who along with his Mom and Dad had a large shaved ice drink. The child was having trouble getting the drink through the straw, so the Dad asked him politely several times to let him help. The child at first ignored his dad, then openly defied him. So the dad acquiesced and they moved on to the next booth. Had it been one of the children Fat Man, a scene would have ensued that would have made every anti spanker within a three mile radius come running with wringing hands, furrowed brows and exclamations of severe displeasure. Not to mention that the nearest garbage can would have received a large delicious shaved ice. But in this case, I wanted to chasten the pathetic excuse for a father who allowed a three year old to dictate the rules of the family. I guarantee that a child of three years that won’t obey his dad about a drink, is the same child who at seventeen will not obey his father about drug use, or school work, or anything else.

Dads….when it comes to your kids, sweat the small stuff! Make that small deal a huge, sky is falling, the apocalypse is coming big deal. If you do, the small stuff that isn’t really causing any harm is less likely to become the big stuff that causes a lot of pain and will potentially even ruin a life. Trust me, although I made plenty of mistakes, and was at times too harsh. I raised three children who as adults have all thanked me for providing them with loving, consistent, and strict discipline. They all claim that they are better people because of it….and we could really use some better people in this world.