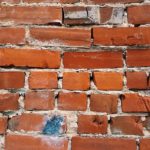 My Uncle Dennis died in a car wreck in California fifty years ago. I never got to meet him because it happened four months prior to my arrival into this world; so I got to have his name instead. He has never been anything more to me than an occasional conversation with my Dad who is his brother. Then about a month ago I received a message from a lady who I did not know, she asked me if I was his son. She had dated him when they were young and both living in a small town in Southwestern Minnesota. He then moved to Wyoming where he wrote her frequently until she moved on to the twin cities, and they soon after lost touch. I was the first person she was able to contact who knew anything about him since that time. I told her what I knew of his story, she had several questions about him that I answered to the best of my ability. It seemed evident to me that their love was unfulfilled. She was later able to visit his grave, and say goodbye. She wept for him, and hoped that he had had some happy years in his short life. I guess when it comes to matters of the heart, fifty five years does not seem much different than fifty five minutes. She was a very sweet lady.

The Fat Man was in love with a girl before Mrs. Fat Man. She was beautiful, kind, and a lot of fun. I could not be around her enough to suit me, she was on my mind from morning to night. I loved her very much, but it was not returned to me, it was an unrequited love. I had hoped to live my life without such an experience, but had no such luck. I think very few people get to dodge that bullet in life. I fortunately had it within me to move on, and soon after I went on a date with the future Mrs. Fat Man, and here we are twenty nine years later. But I did not get over my first love very easily. I was perfectly happy with Mrs. Fat Man, but I always had a little flame burning for my first love. That probably went on for close to twenty years, until I found her on social media. We had one short conversation where I told her about my life, and she told me about hers. At that very moment, the feelings that I had been feeling for twenty years were gone, the flame was finally snuffed out. I finally realized that the girl I had loved for all those years was gone, just as if she had died. She had not lived a horrible life, she had gotten married and had a career, and was happy, and I am happy for her. But it was not a life that I would have wanted. It was such a relief to finally be over her.

While thinking about both of these situations, I have come to the conclusion that the love we feel for another person never dies, but sometimes the person does. Either they actually die, or they change into different people that we no longer hold the same affection for. The love that was felt is still there, but for the person who used to be. After they are gone, it recedes into a corner of our life and is walled off. Thankfully, God gives us what appears to be an unending capacity for more love. A very useful ability when you have more than one child, or when you have to move on from a lost love. It has been said by people a lot more experienced than me that unrequited love builds character; I suppose that’s true. I think all love builds character, the unrequited kind makes a path for a better version of itself. I am glad I experienced that first love, and I am just as glad that it is in a walled off corner of my life. I hope Uncle Dennis’s girl finally gets her wall too.

Now I’m going to go make dinner for Mrs. Fat Man, I love her and she loves me back…no walls required!