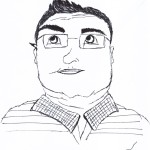 This train wreck of an election has inspired me to throw my hat in the ring for the office of President of The United States. I figure I’m a better candidate than Hillary because I’m really not much of a liar, I have never been a scumbag lawyer, although I tangled with one in court once. And I have never had to sweep my spouses infidelities under the rug so that I could pursue my political ambitions, or for any other reason………because she thinks I am really hunky. Or maybe she thinks I’m chunky, but she is a highly committed woman of integrity. Either way, I have it made. Another plus is that I am not in danger of being investigated for anything, except maybe why the hair on my head keeps getting thinner, while the stuff on my back keeps getting thicker and more full bodied. The medical profession really needs to find out why life plays that little joke on us men, and a few women. I am better than Trump because when I insult people, I use high brow sarcasm instead of low ball elementary school insults. I have a beautiful wife just like T-Dog, but have managed to keep the same one for 26 years instead of changing them out every ten years. A lot of people don’t like my position on any given issue, but I don’t change that position so that I can gain more votes, or “friends”, or money. And of course I have better hair on my head…………and on my back. I also have extensive foreign policy experience because I work with a lady from Australia, and I make fun of her accent all the time. So, I encourage everyone to write in The Fat Man on your Presidential ballot in the upcoming general election. Meanwhile, be sure to share this post on your social media so that we can get the word out to everyone in the country, and be sure to click on the ad on the right side of this page.  But remember, The Fat Man doesn’t care about money, and he can’t be bought.