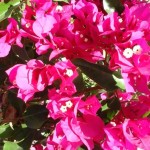 Mrs. Fat Man and I were recently in Arizona for the nuptials of oldest daughter Fat Man. We decided to extend our vacation for a week past the wedding so we could spend some time in the sun. We played among the palm trees, orange blossoms, flowering cactus, bougainvillea, and little wall crawling lizards. Since we had never been to the Grand Canyon before, we took a couple of days and went there with a stop in Sedona. Sedona was beyond beautiful, and I would suggest that everyone reading this go there at least once in their lifetime to experience the red cliffs, and blue skies. The next day we made our way to the Grand Canyon National Park. Our first stop was at a spot called Desert View, which is a big castle looking building on the edge of the cliff where you can climb up three floors and look down into the canyon. It was awe inspiring to say the least. I could not help but think how this place was such an incredible creation of God, it absolutely screamed of His existence.  We headed on down the road, and made several more stops to look at what was a minor variation of the stop we had just made a few minutes before. By the second or third stop, I had seen enough of that big incredible hole in the ground, which is not surprising given my 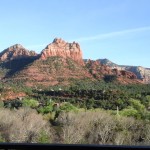 short attention span. But I cannot deny that it is an awesome geological wonder and one of God’s most beautiful productions. A memorable trip to be sure.

Youngest daughter Fat Man and I went to church last weekend and took our usual seat in the back of the sanctuary. A few minutes after we were seated, a family consisting of a mother and her two teenage sons made their way to the seats in front of us. Our pastor committed his usual act of torture by telling us to stand and greet the people around us. So we introduced ourselves and shook hands with the family. They were all awkward little souls, both of the boys gave us the limp dead fish handshake, and had the cold semi sweaty hands to make the experience complete. As the sermon was being given, the boys kept looking back and staring at both me and youngest daughter Fat Man, and I do not mean a quick glance back, I am talking a full on prolonged creepy stare. And when I looked back at them with the same stare that is usually reserved for new boyfriends of the daughters Fat Man, they would just smile and keep on looking at us. It made us a little uncomfortable, most normal people have an adverse reaction to my “I hate humanity” stare. My mind began to wander, and I was thinking about how it was very obvious that the two oddities had an 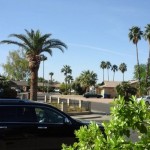 appropriately generous amount of affection toward their little mother, and it was very clear that she loved them back. Isn’t it an awesome thing that God gave these awkward people other awkward people who love them in spite of, or maybe even because of their awkwardness? If you go to any mall, or zoo, or any other place where crowds gather, and watch the people there, you will see all kinds of different people who have found the same kind of different people with whom to live their different lives. Peculiar people who don’t really think that they are all that peculiar. The Grand Canyon and orange blossoms, and bougainvillea are all breathtaking creations of our God for sure. But what is even better, is the way He made all kinds of people who fit with every variation of His people. Those two weird kids will probably grow into fine productive men who will love their wives, and produce and raise some fine young wierdo kids. He even made a woman who would marry a semi-grumpy old Fat Man with large pores and a hairy back…….Mrs. Fat Man is so lucky. The point is that God’s goodness and beauty is all around us. You don’t have to be at The Grand Canyon, or crossing the ocean, or watching a baby being born to see how great He is to us. You just have to look at the person sitting across the table………….aren’t they magnificent?