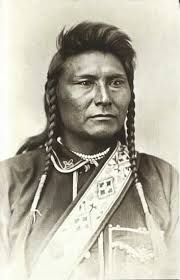 My Grandmother had a plaque hanging up in her kitchen that said “The problem with this tribe is that there are too many chiefs, and not enough Indians”. Since she was a card carrying member of an Indian tribe, I suppose it was politically correct enough. We all want to feel like we’re important, and that what we have to say or think really matters. Why just the other day I was at work and we were having one of our typical sky is falling afternoons. I noticed that there was a group of six or eight of our Chiefs huddled up trying to figure out the answer to some problem. Of coarse had they taken the time to call me over, I could have solved it for them with just a few simple instructions. But as it turns out, they didn’t consult with me. I guess they didn’t realize how valuable I was in such situations. As I was contemplating their missed opportunity, I noticed another patient being brought back to a room. So I moseyed on into the room to display my emergentology skills. I don’t remember what their complaint was, probably shortness of breath, or chest pain, or nausea and vomiting, or something else I have taken care of hundreds of times before. Whatever it was, it was big in their world. This person who was someone’s spouse, mother, father, brother, sister, or child, didn’t care that there was a little powwow with a bunch of chiefs taking place just feet down the hall. They just wanted an indian to help them, and I was their man. It was an eye opening moment for the Fat Man. My lot in life is just to be a common Indian, who gets to be a big chief for brief moments to people who are experiencing really trying times in their life. And that is exactly what I want to be……………………….. It kind of takes the sting out of being a nobody.